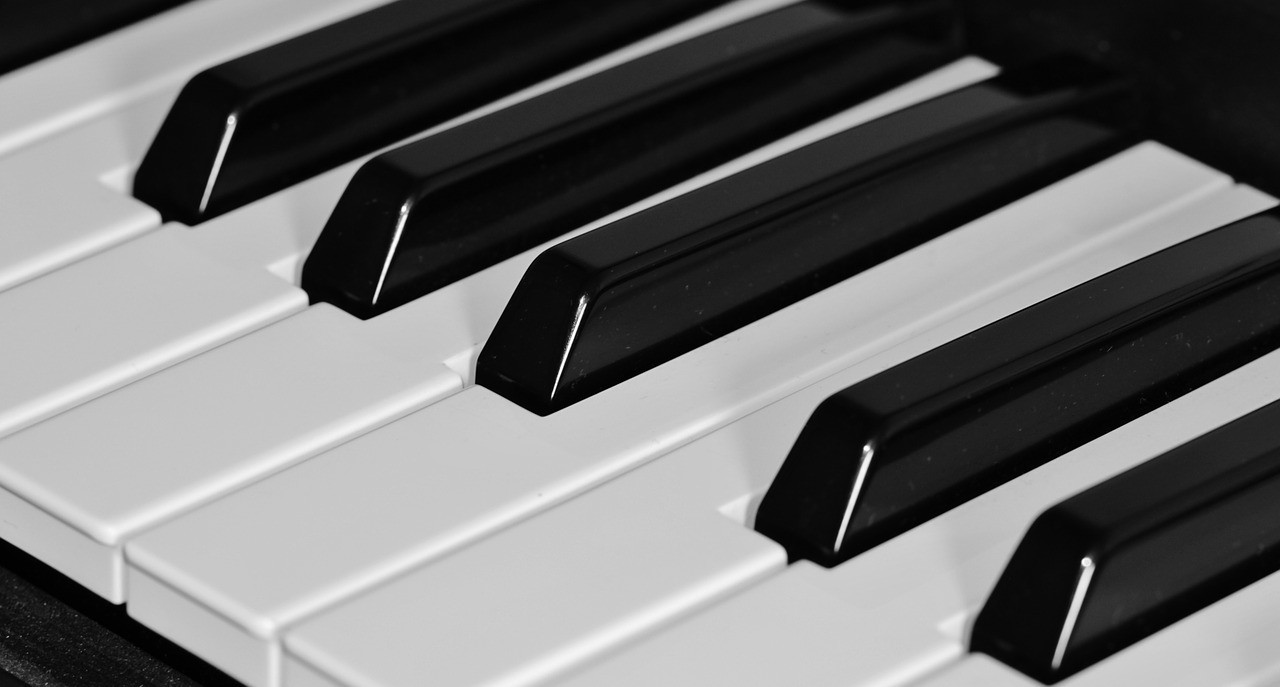 On July 2, 2015, the Christian Rock band NEEDTOBREATHE performed live from Times Square on the popular morning TV show “Good Morning America.” This performance combined music, video production and a marketing strategy to ultimately get this band’s performance on television to a large viewing audience.

In order for ABC to generate a large television audience for this special music segment, certain marketing procedures were taken by the broadcast channel to ensure a large viewing number for NEEDTOBREATHE. While there were many parts that went to make this operation a success, all the strategies employed can be divided into three sections:

The competition for morning show viewership reign is among tough competition. Good Morning America is joined by morning talk shows such as NBC’s “The Today Show” and CBS’ “The Early Show.” With such tough rivalry to go around in the morning, “Good Morning America” must deliver special programming that viewers will want to watch.

Often, viewers tuning in to morning television will be watching over coffee and breakfast – meaning the time to capture their attention is extremely limited. To truly peak the interest in an audience member, the message creator must must relate to them somehow. A television show can accomplish this by broadcasting something generally accepted as being enjoyable to a general viewing audience.

Since music is one of the most enjoyed mediums in society today, it is a particularly beneficial choice for programming options. In order to be considered for a television appearance, a band/performer must reach a substantial amount of popular acclaim from their productions. This music the performer(s) make will be highlighted through their time graced on the big screen through a live performance. When a show brings in an artist who is currently popular, viewership numbers will spike as audience members will tune in to see their favorite artist perform live.

While NEEDTOBREATHE is not one of the most popular bands in the music scene, it does hold a sizeable fanbase due to it’s music performance ability and memorable song production. One of these songs in particular, “Brother” with singer/songwriter Gavin DeGraw, is a recent hits among fans. By bringinging in NEEDTOBREATHE, ABC was able to capitalize on this song’s recent surge in popularity.

As one of the largest television broadcast entities in the world, ABC uses social media outlets to its fullest potential. Whether it is actually station news or popular culture news, the ABC social media accounts are consistently being updated by the admins. 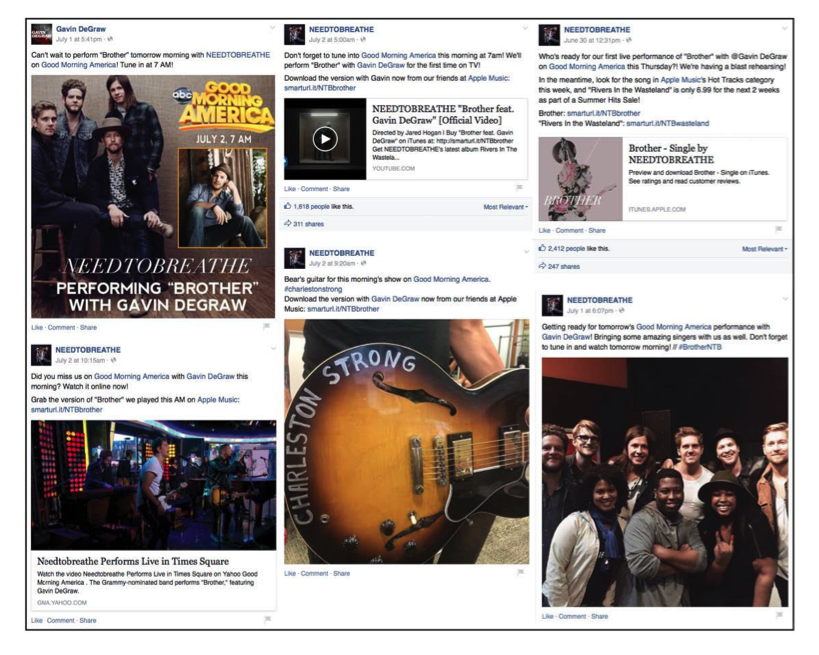 On sites such as Twitter, a strong and consistent presence is necessary to keep followers interested. Depending on the objectives of the specific organization, popular news may be used to bring followers back into the organization’s original content. When the time comes that the organization shares something important (for example, the NEEDTOBREATHE live performance), you want your followers to take notice. As long as you promote your own event at the same level of excitement as popular news, your audience will acknowledge the event and be more likely to actually tune in.

In saying this, ABC was not the only entity promoting the NEEDTOBREATHE performance. After all, social media is not simply a one way street. It takes efforts from several organizations to successfully pull off promoting an event. In order to turn this operation into a successful two-way street, the message creator must craft their social media message around audience reactions and behaviors. This is where the performing artists came into play.

NEEDTOBREATHE and Gavin DeGraw both posted about their performance on “Good Morning America.” What drove the fans in was the subject matter of these posts – the fact that they were performing the fan favorite “Brother.” This gave the audience fanbase an incentive to tune into the program, since these performers were performing such a well-liked song. In other words, these artists could have simply posted generally about performing on “Good Morning America.” Instead, they incited excitement among potential viewers with one word – “Brother.” 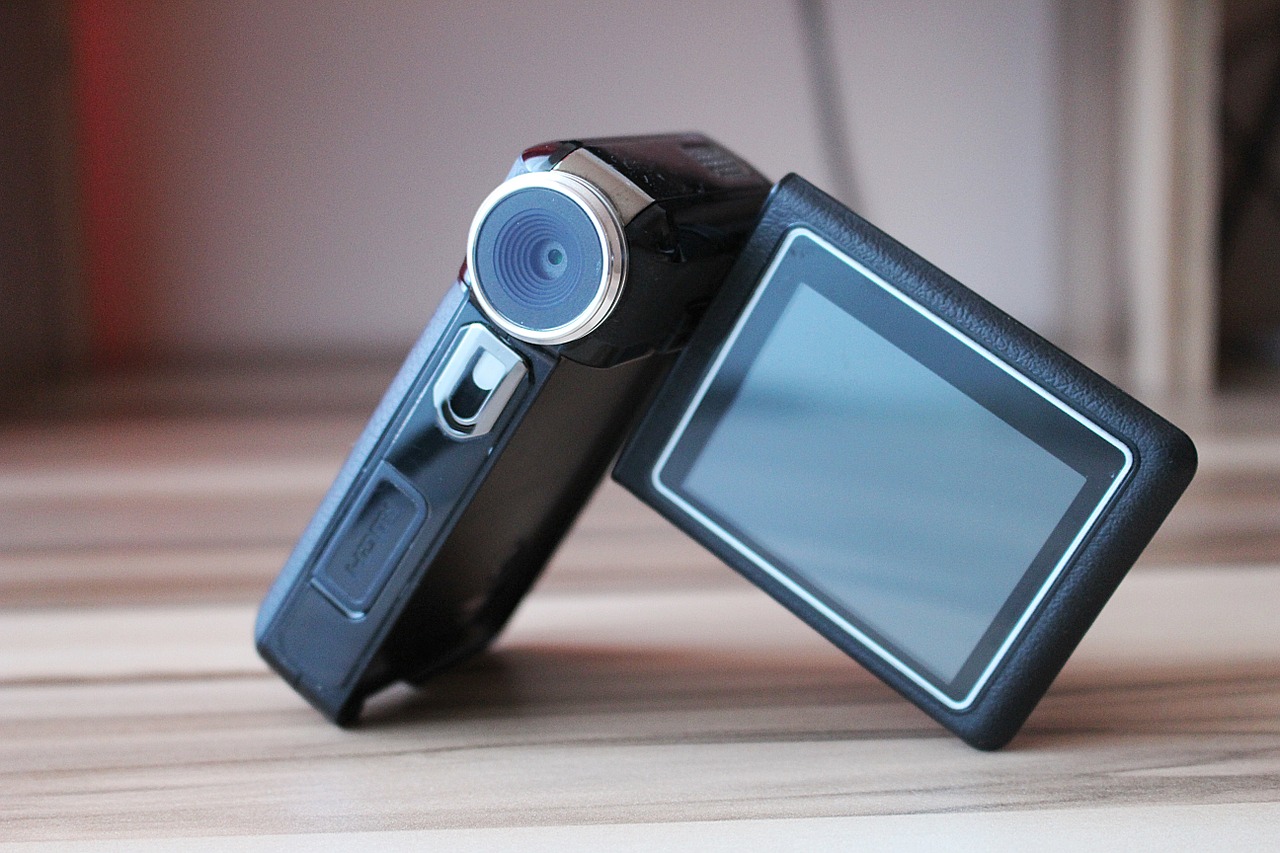 Video is one of the most useful media interfaces in communications technology today. Not only can it deliver a live broadcast to television audiences, but it can also be recorded for the after-performance Internet audience. To put it in simpler terms, video adheres to two different audiences at the same time: the television group and the Internet group.

Posting an after video online is advantageous to both “Good Morning America” and the bands – as fans around the world who don’t receive ABC programming on their televisions can now tune in. Since the Internet stretches across the world, that means ABC and the band names have the possibility to reach music fans in distant countries. Since music is the universal language, worldwide fans can tune into the video, not knowing a word of English.

The after-performance video makes this television program shareable. In today’s social media landscape, things that go viral do so from social media. It is actually possible for there to be a large number of viewers of the after-video than the actual live performance. All it takes for this video to be posted on Facebook somewhere, and even Facebook users who haven’t heard of the bands can now tune in and discover new music.

Music – Bringing in the well-recognized performers, NEEDTOBREATHE and Gavin Degraw to perform their recent popular song “Brother” which has appeared commercially across social media and on both Christian and Top 40 radio stations.

Social Media – Promotion tactic to infuse excitement about the performance and bring viewers in. A two-way street cohesive effort by both ABC and the bands.

Video – Open new channels to an Internet audience of both established fans and new fans, enabling a worldwide audience to tune in.

Communicating With Clients: Do’s and Don’t’s

Why Is the Progressive Growth in SMB within Transmedia Marketing Important for your Business?