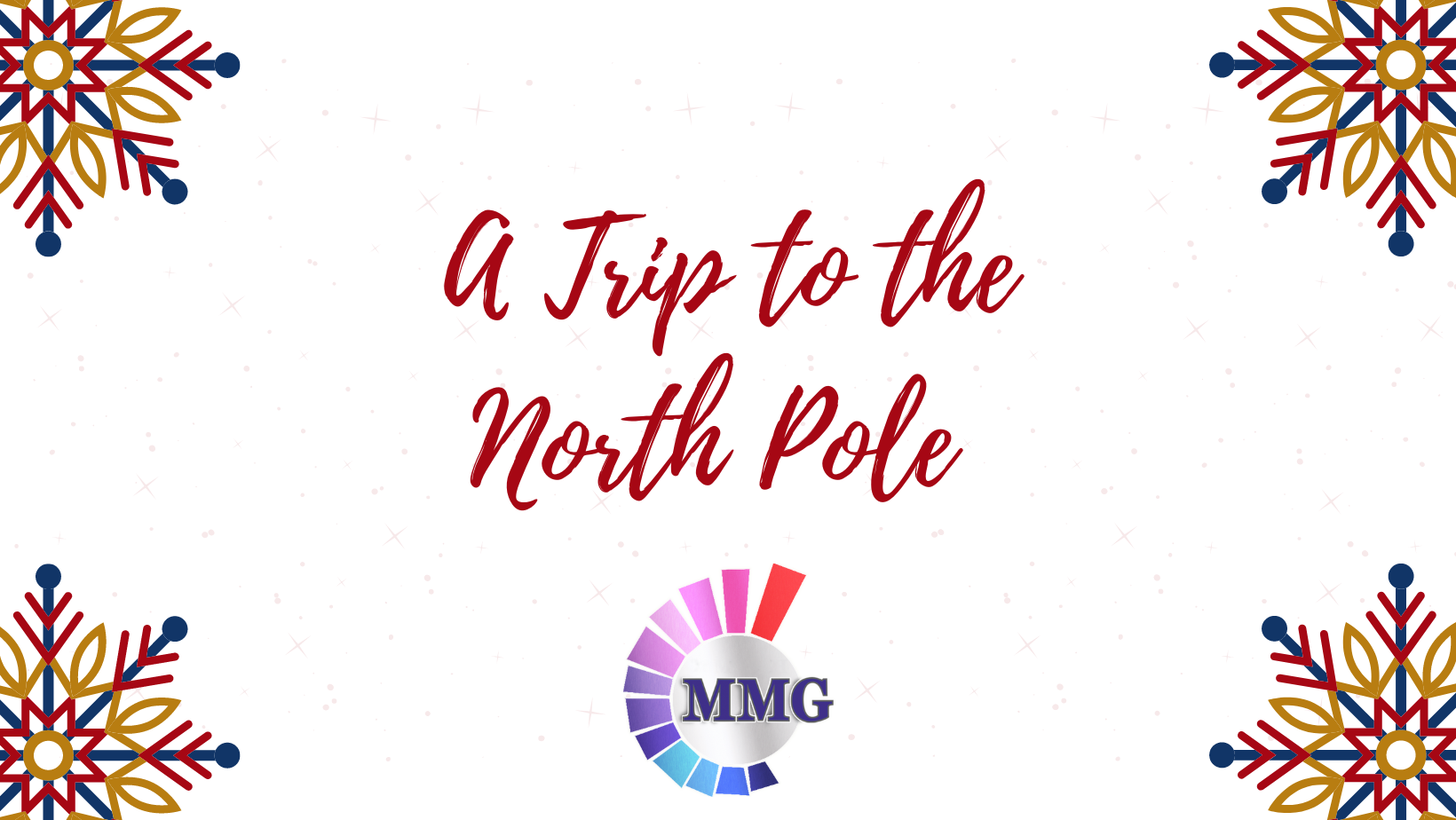 Santa Claus, Father Christmas, or St. Nicholas, is the most iconic symbol of Christmas. 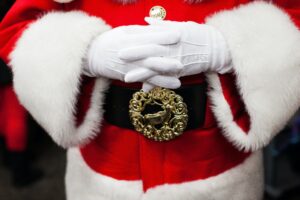 When you see Santa in whatever context it may be, you may think a myriad of things like; winter, presents, Christmas, snow… Throughout the winter months (lets face it, right after Thanksgiving) you will find jolly St. Nick on almost everything in stores, from Christmas cards to cereal. Ever wonder where that jolly man came from and why he is so predominated in marketing content through the holidays?

The story of Santa is exciting and for marketers a brand, the history of Santa Claus is full of imagery, colors, and messages of joy, giving, and laughter… basically a storyteller’s dream brand.

The story of Santa Claus

For children around the world it’s a matter of fact statement that Santa Claus along with Mrs. Claus, the elves and the reindeers live at the North Pole and he comes through the chimneys and leaves gifts for nice children and coal for naughty children during Christmas night.

Most of the Santa Claus illustrations you see today depict a warm and friendly person from the North Pole. Haddon Sundblom, an American artist, had a strong role to play in the creation of this image. Sundblom had created these illustrations of Santa as commissioned artwork for Coca–Cola.

Let’s face it, we have all seen the Coca-Cola’s Christmas ads, and yes, they are iconic. Take the recent one from 2020 that shows a father delivering his daughter’s letter to Santa Claus in the North Pole. The campaign ran with the tagline – “This Christmas, give something only you can give”. It featured Santa driving a Coca-Cola truck, with a mischievous glint in his eyes. In 1931, Coca-Cola’s campaign titled “My hat’s off” was the first one to ever feature Santa Claus in the brand’s ads. This was a design by Haddon Sundblom.

Santa starred in many brands throughout the years including

The print ads of the popular chocolate brand featured a happy Santa Claus and focused on the fact that we all have a little bit of Santa cheer where we gather the best gifts. It also depicted the message that their chocolates where part of those “perfect gifts.” 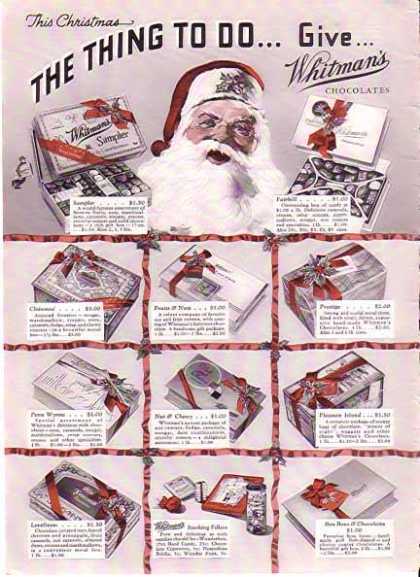 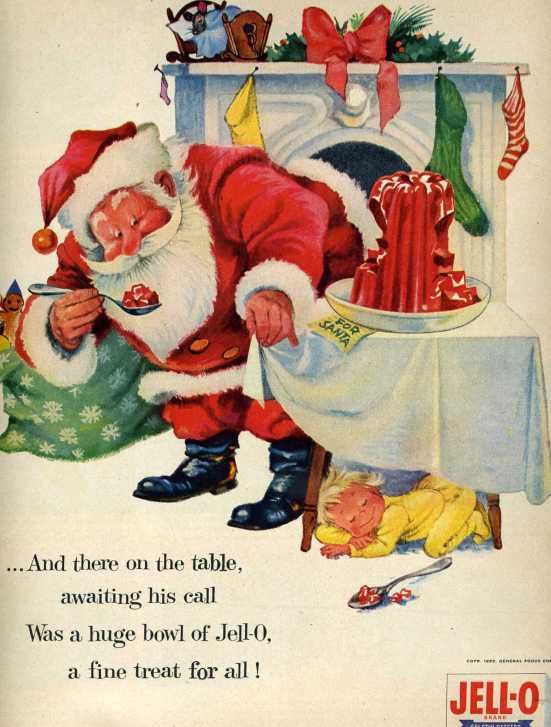 “and there on the table. Awaiting his call, was a huge bowl of Jell-o, a fine treat for all!” This was the words for a print ad featuring Santa feasting on the treats the kids leave for him for delivering presents.

When kids sit on the lap of Santa Claus they usually tell him what they want for Christmas, well in the Plymouth ad it shows a kid secretly asking Santa for a gift for his dad, a new Plymouth Car. This ad challenges the cliché of Santa only being magical for kids and that Santa can be sentimental for everyone. 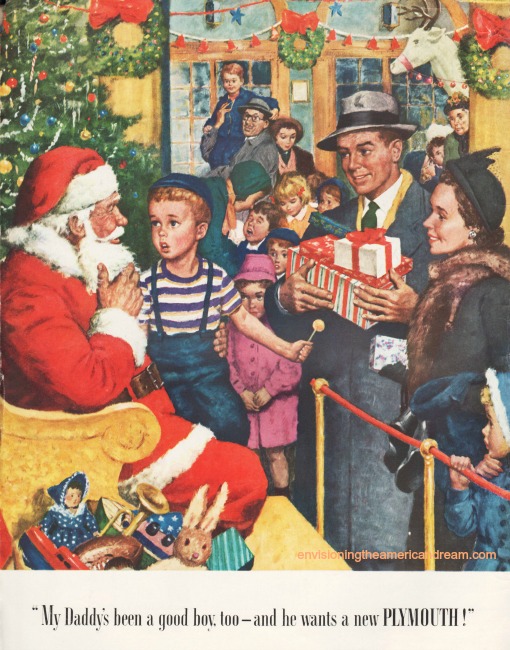 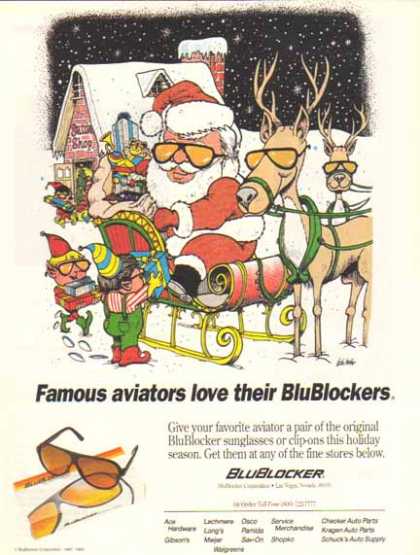 BluBlocker used Santa in a light-hearted way, a way that always connects with an audience. It was an ad to promote the Aviator sunglasses, and the ad featured Santa wearing a pair stating in the print ad “Famous Aviators love their BluBlockers.”

Saving maybe the best for last. We all know the war between Pepsi and Coca-Cola all too well. Back in 2011 Pepsi used Santa in a dun commercial where Santa was enjoying a vacation and grabbing a can of Pepsi, instead of Coca-Cola. Some say it was a motive of tredjacking, others think it was an amazing piece of marketing between a well-known rivalry.

Christmas is a time of joy, cheer, and gathering. But remember, it is also the biggest shopping season of the year, brands are all over advertising their discount deals, gifts, and products. If you are advertising this holiday season, use Santa in the best ways you can! The key is to focus more on the emotions of the ad itself than to emphasize your brand. By allowing your customers, and their emotions, to take the front seat and your brand’s presence in the ad to step back just a tiny bit, you will be able to make a world of difference!

MMG wishes everyone a Merry Christmas!